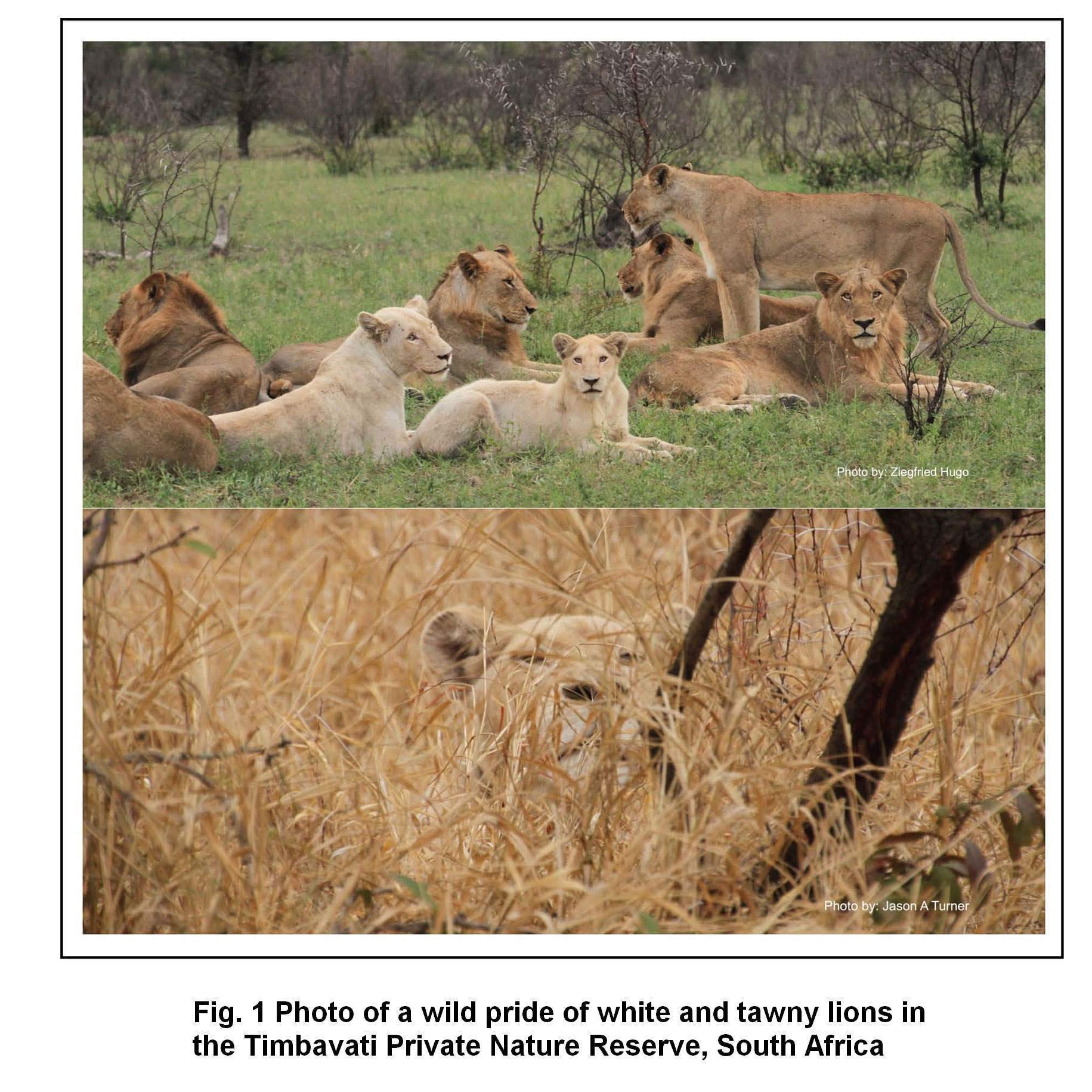 Having studied lion ecology for over 20 years, including a 5 year MSc study in the Timbavati and Associated Private Nature Reserves, and being currently busy with a PhD on “White Lion Ecology: The cultural importance of white lions to local communities and its implication on perceptions towards human-lion conflict, lion poaching and the illegal trade in lion bones”, I offer the following informed perspective and facts on white lions.

The breeding of white lions in captivity has no conservation value, and along with canned hunting, and the lion bone trade should have been banned and stopped by law.
However, the occurrence of white lions in the Timbavati and central Kruger Park, albeit sporadic, is natural, and there are still many misperceptions about these animals. White lions have occurred in the aforementioned areas since  their first recorded sighting in 1937 (McBride 1981; Tucker 2003; Turner, Vasicek & Somers  2015). Their frequency of occurrence has increased on a number of occasions, namely from 1975 to 1980 (Robinson & De Vos 1981) and from 2006 to 2016 (Turner, Vasicek & Somers 2015), until human intervention through lion culling in KNP (Smuts 1982), and artificial removal to zoos and breeding operations (McBride 1981; Tucker 2003), and lion trophy hunting of dominant males leading to infanticide of both tawny and white cubs (Cadman, M. 2006. Sunday Independent; Turner et al. 2015). The Timbavati Private Nature Reserve made two attempts to reintroduce white lions in the 1980s and in 1994 (Timbavati EXCO 1994, Unpublished Report), which failed since they pre-dated the establishment of successful lion reintroduction techniques such as described by Van Dyk (1997).

The white lion has cultural significance to indigenous communities, including the Tsonga, and the Bushmen dating back more than 400 years (Credo Mutwa; Selby Gumbi; Baba Mataba; Jan se Ku; in Tucker 2003). The IUCN’s Cultural & Spiritual Significance of Nature Programme (Resolution 33)  recognizes the importance of conserving sacred sites, species, and animals, for their cultural and spiritual importance to indigenous  communities [WILD9 – Resolution 33 also refers: https://www.wild.org/wp-content/uploads/2009/…/Res33_Eng.pdf]. The Kermode bear (Ursus americanus  kermodei) is an international precedent of a leucistic form of the black bear (Ursus  americanus) in Canada, revered by the First Nations’ Kitasoo People, that is not only protected by law from being hunted (along with all black bears in that region), but is a flagship for protecting the 4000 000 ha Great Bear Rainforest (Marshall & Ritland 2002).

The misperception that white lions cannot hunt successfully in the wild is not based on any scientific evidence, and is disputed by numerous reliable eye witness accounts in Timbavati (for example: Cesare M. 2011. Man-eaters, Mambas and Marula Madness: A Game Ranger’s Life in the Lowveld) and the scientific study by Turner, Vasicek & Somers (2015) based on two decades of research:
[http://www.open-science-repository.com/biology-45011830.html] [Peer  review: http://www.open-science-repository.com/review-of-the-article-effects-of-a-colour-variant-on-hunting-ability-the-white-lion-in-south-africa.html]

The white lions continued reoccurrence in this specific region despite the artificial removal of the rare white lion gene pool from the area, and decades of commercial lion trophy hunting of lions in these private reserves, is testimony of their resilience and ecological significance.

It is my opinion that as a natural occurrence that has cultural importance to local communities and ecotouristic value to the Timbavati and KNP, white lions should be left to occur in the wild, as any other lion or animal, at whatever frequency of occurrence determined by nature.

The following factual inaccuracies about the white lions were tested in the scientific study: 1) white lions lack camouflage; 2) cannot hunt for themselves, and 3) wouldn’t survive in the wild.

These misperceptions are not based on scientific evidence, since no scientific study had been done to date specifically on white lion hunting ability.

Disseminating such mistruths is a strategy exploited by Canned Hunters in an attempt to justify keeping and breeding white lions in captivity. Unfortunately, such misinformation is also widely accepted without question by many other parties not bothering to seek proof.

Now a scientific paper has been published, based on 15 years of lion research and comparative studies between the white lions and wild tawny lions studied in the same study area, in the greater Kruger Park region of South Africa that delivers the facts.

This study concluded the following:

[ol style=”13″]
[li]Numerous historical eye-witness accounts confirm the findings of this study, indicating that the white lions led the (tawny) pride’s hunts in the wild. [/li]
[li]White lion numbers were increasing in the wild, until repeated forced removals* from their natural ecosystem impacted on their survival. [/li]
[li]It is testimony to the resilience of white lions that they continue to occur in an area where commercial trophy hunting of lions is still taking place. [/li]
[li]Since the study proves that white lions are capable hunters, and continued to occur in their natural habitat both historically and since writing of this paper, their disappearance from the natural ecosystem was not due to an inability to hunt, but instead due to other factors, most likely human related.
*lion trophy hunting, culling, poaching and deliberate stealing of lions and white lions for canned hunting operations[/li]
[/ol]

This critical study is the work of specialist Lion Ecologist, Jason A. Turner and is co-authored by carnivore ecology specialist,
Prof M J. Somers, and senior biologist Caroline Vasicek Gaugris.

Please see the link below for an excellent review done on Jason Turner’s scientific paper by a top international biologist from the French National Centre for Scientific Research, with specialist experience in lion-prey ecology through Oxford’s WildCRU (Wildlife Conservation Research Unit)

Review of the article – Side effects of a colour variant on hunting ability of the white lions in South Africa.