The Sacred Trophy of South Africa

by Eija Lindqvist (visitor to the White Lion Territories) 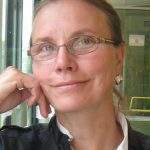 Eija Lindqvist visited the Global White Lion Protection Trust from Finland in 2014. She felt drawn to Africa from her childhood, and her first visit to the continent was at the White Lions’ territories. Now she is a member of the Trophy Free EU Group. We wanted to share her informative article and compelling story with you.

The Global March for Lions on the 2nd of April is an international event and plea for African lions. In South Africa, the apex predator is bred in captivity for the entertainment of tourists who, in the end, shoot them for the trophy in enclosed hunting facilities.

As a child, I grew up in Finland watching my favourite television programme Wonderful Wildlife every Saturday evening and dreaming that one day I would travel to Africa and see real, free, magical lions. Two years ago, in 2014, I accidentally found myself surfing the web and reading of a South African Trust which is doing wildlife conservation by protecting white lions as a flagship species for the benefit of a greater habitat for all lions. I had never heard of the rare white lions before, but as soon I realised, I then reserved a flight.

After three flights and 15 hours travelling I found myself in Tsau conservancy, in a small camp near the Kruger National Park. The camp is the center for the Global White Lion Protection Trust and it is surrounded by a lion proof electric fence. To get inside you need a telemetric device to detect the lions. If one of them is near the entrance you try another entrance. If it is crowded there too, you wait. But once you’re inside the camp, there is no need to lock the doors. The area around the camp belongs to the territories of two lion prides.

In the warmth of African February, my muscles were twitching as my body began relaxing after the long flight and even longer North European winter. ”It’s the white lions, you know ,” someone laughed ”they change you.” Later, the same evening we headed to see them. Lion ecologist Jason Turner has studied the lions of the area together with other scientists for 15 years. Lions are monitored at dawn and dusk during their peak activity periods.

We drove to the area where the lions had been spotted in the morning and where the telemetric signal was strongest. All of a sudden, in the middle of a dirt road, a huge male lion was lying. In the light of the sunset, he was glowing white. The lion was Matsieng.

After a while, Matsieng got up, he stretched his body, detected a scent in the air and roared good morning to his brother Zukhara. At that moment, I understood why in local indigenous mythology white lion is sacred. Its majestic power and posture, the perfect confidence and beauty reached the level that Wonderful Wildlife had never been able to deliver. Looking at Matsieng, I was only capable of feeling a purest admiration and reverence. As a profane person who is not a member of any church, cult or religion this was the first time I physically experienced something that I suspected the word sacred might have something to do with.

Matsieng was hungry, his belly was empty and his profile was very slim. Zukhara answered from afar and Matsieng left towards the brother’s roar. Jason believed the lions would hunt that night.

The next morning I saw a vulture and I guessed the lions had been successful. When we saw them on the monitoring trip Matsieng was sleeping with his belly full and round, not taking any notice of us. Digesting a wildebeest would take a couple of days.

In the camp, the personnel of the White Lion Trust were busy organising the Global March for Lions, a worldwide demonstration to stir people to understand what happens behind the scenes when trophy hunters spend their vacations hunting in Africa. I learned of crude lion breeding business which is put into practice with the help of foreign volunteer workers. The volunteers are told they would have an opportunity to contribute to a conservation project by taking care of orphaned cubs. In time, the cubs would be released in the wild. Visitors can pet them and take selfies with them.

In fact, cubs are conditioned to follow a walking stick so that when they grow too big to hold, they can still be used as another form of tourist attraction. Tourists can walk with lions for a fee. In the end, they are sold to hunting farms and shot for a trophy by foreign hunting tourists. Tourists get the animal’s head and hide to take home as a souvenir and the bones are sold to Asia. There is a demand for lion bones in Asia, where tiger parts have been used earlier for traditional medicine. Tigers have been hunted near to extinction so there is no supply any more.

Captive bred lion business is huge if you look at it from the view of lion populations. In South Africa, there are 2000 lions in the wild. It is estimated that there are 6000 to 8000 lions in captive breeding programmes.

Of all the trophies the white male lion is the most wanted and the most expensive. Europeans and Americans pay tens of thousands of dollars to shoot one, especially if they are told that the hunting would be a fair chase. Nevertheless, the tracking and shooting happens in an enclosure and it takes time just as much as the tourist’s schedule allows. The kill is guaranteed even if he or she only has a day or two.

The story of white lions illustrates the westerners’ relation with nature and wildlife in more ways than one. The scientific community and many conservation authorities regarded white lion first as an albino, then as a variety with no camouflage and, therefore, incapable of flourishing or even surviving. Although, white lions have a significant position in the indigenous culture of Timbavati (the white lions’ endemic habitat), but the westerners did not hear of them before the 1970s. When they finally did, they only saw economical potentials but no ecological value whatsoever. Ever since, cubs born in Timbavati have been removed to zoos and captive breeding facilities and sold all over the world to zoos, circuses, trophy hunting farms and even as pets.

The Global White Lion Protection Trust is based in Timbavati, South Africa,  where the white lion’s recessive gene naturally occurs and where the white soil and very light hue of the winter vegetation actually suit white lions very well. The strategy of conservation is based on three main principles: protecting land, lions and people.

The habitat is protected as a whole, including the soil and other species. Conservation is based on co-operation with the local indigenous community and on a deep respect for the traditional, symbolical and spiritual value of the white lion. There is a genuine process going on in Timbavati in which locals and conservationists try to define and prove together how a lion can be more valuable alive than dead. In addition, one significant method of working for the white lion’s future is to provide results of scientific research.

In an article published last year, the results of 15 years of research prove for the first time that white lions are apex predators with the same ability to hunt as tawny lions. In fact, what came out as perhaps an unprecedented result was that the white lions hunt even more successfully than tawny lions on moonlit nights.

White lions occur one at a time in tawny prides. The Global White Lion Protection Trust aims to achieve a stronger protection status for the white lion in a similar way the West African lion already has. A status in Cites Appendix I instead of II would give the white lion a flagship position protecting all lions and their habitat in the Kruger to Canyons Biosphere. The region includes Timbavati and it is directly connected to Kruger National Park. However, the wildlife is severely threatened by poaching and trophy hunting. Lion’s future seems grim also because the South African conservation authority (DEA) is down-listing its conservation status from Vulnerable to Least Concern. This is increasing lion hunting.

Poaching has not saved the lions of the White Lion Trust programme either. After Matsieng and his two siblings, there has not been cubs for nearly ten years. White lion magic still lives, though. Recently, there have been reported births of white cubs and at the moment (March 2016) in addition to the six adult white lions of the protection programme, there are six cubs or sub-adult white lions elsewhere in the Kruger-Timbavati area.

It is also quite wonderful that last year a pair of tawny young females joined a poaching ridden pride by themselves. They had to dig their way under an electric fence but they did it, and they have been successful in becoming new members of the pride.

In addition, in the beginning of this year, Matsieng has fathered three adorable, tawny cubs. They represent the future that the Global White Lion Protection Trust wants to promote. They are healthy, free lions and each of them carry the tough history and magic of the Timbavati wild in their veins.