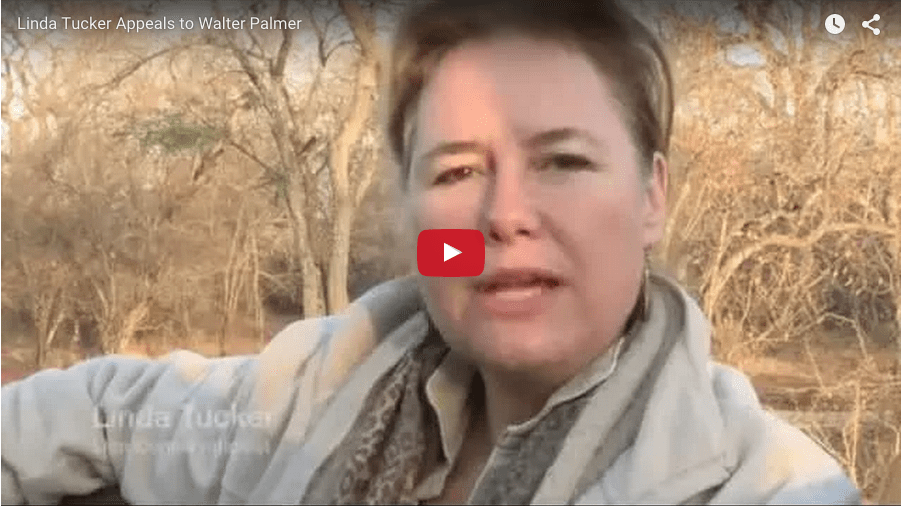 Timbavati. Epicentre of the UN Kruger to Canyons Biosphere. Ancestral homelands to the Sepedi and Tsonga nations. Heartlands of the legendary White Lions.

After more than two decades of campaigning for the protection of Africa’s endangered lions, conservationist and CEO of the Global White Lion Protection Trust, Linda Tucker, extended an offer to the world’s most wanted man on World Lion Day, 10 August 2015.

Walter Palmer has been holed up in his Minnesota stronghold, as the death-threats pile up against the doors of his closed dental practice, following the brutal killing of CECIL, Zimbabwe’s beloved black-maned lion, which outraged the world.

Linda Tucker called him out of hiding, “Walter Palmer, I invite you to come out here to join our team’s efforts in protecting Africa’s lions. The killing has to stop. This is a real offer.”

Linda says she is deeply encouraged to see that the tragic death of one noble lion is resulting in global unification on an unprecedented scale behind one single united cause. “Lions are the most trophy hunted animals on the planet. Given that the States is responsible for more than 50% of the trophies leaving Africa, and the EU more than 30%, we thank the world’s airlines for uniting behind the same cause of protecting endangered species. As the King of the Ecosystem, lions represent all the animals we love and need to protect. The tragedy around this one lion will help reform our policies for Lions, Land and People.”

Cecil’s brutal slaying is blowing the lid off a much bigger lion crisis known as “Canned Lion Hunting”- a shadowy sub-industry in which baby cubs are offered to tourists to pet for a price, then put into cages to be killed by international trophy hunters when they are adults.

Despite the Kruger to Canyons Biosphere being a United Nations wildlife haven, where the Tsonga and Sepedi communities revere their lions as a living treasure, international trophy hunters have descended on this world heritage area to hunt the free-roaming lions. Most targeted are the critically endangered White Lions, which are iconic amongst the indigenous peoples, but have been removed from their natural ecosystem and caged as captive trophy animals. Currently, it is estimated there are less than 13 White Lions left in the wild.

The Global White Lion Protection Trust has been implementing a scientific reintroduction program of White Lions back to their natural pridelands, and has created a protected area of 4400 acres to ensure their survival. As part of its strategy to protect the King of Animals as a global heritage, the organisation partners the local communities in this region, who celebrated with One United Roar for Lions on World Lion Day.

One United Roar (O.U.R Campaign for Lions) aims to create a global change of heart through LionHearted action, which Linda Tucker defines as Fearlessness inspired by love for humans and Nature.“The apex animal of an ecosystem keeps the entire balance all the way down through the prey species, plants, water and soil. It’s called ‘trophic cascading.’ For our own survival, we humans are entirely dependent on ecosystems. If ecosystems collapse, our systems will also collapse.”

Linda Tucker invited other LionHearted organisations to unify behind this cause, and the Rev Canon Mpho Tutu, daughter of the world’s beloved Archbishop Desmond Tutu, was the first to respond.

“The Desmond and Leah Tutu Legacy Foundation supports One United Roar for Lions. Part of our mission is to promote flourishing for people and our planet,” Mpho Tutu says. “Lions are the apex animal at the top of the pyramid and if the top of the pyramid is cut off, the whole pyramid crumbles. So we have to care for the lions. The White Lions are known as StarLions. Young children who are working in the StarLion Program are amazing ambassadors for South Africa, for our heritage, and for the global heritage of a healthy planet.”

Linda Tucker also called on the international public to keep focused on positive actions, and demand that politicians follow through on their public statements.

To ensure that the plight of endangered species is also high on the UK Government’s agenda, the Global White Lion Protection Trust has helped initiate a new All-Party Parliamentary Group of MPs (APPG) in Britain, which highlights the need for more to be done to ensure wildlife is protected.

Meanwhile, four Democratic US senators announced they intend introducing a bill named after the beloved Zimbabwean lion: The Conserving Ecosystems by Ceasing the Importation of Large (CECIL) Animal Trophies Act. Note: The ‘Large’ refers to the notorious ‘Big 5’, the most targeted species on the trophy hunter’s hit-list, of which lions, and unfortunately the White Lions, are number 1.

ONE UNITED ROAR – OUR Heritage, OUR Responsibility, OUR Future.