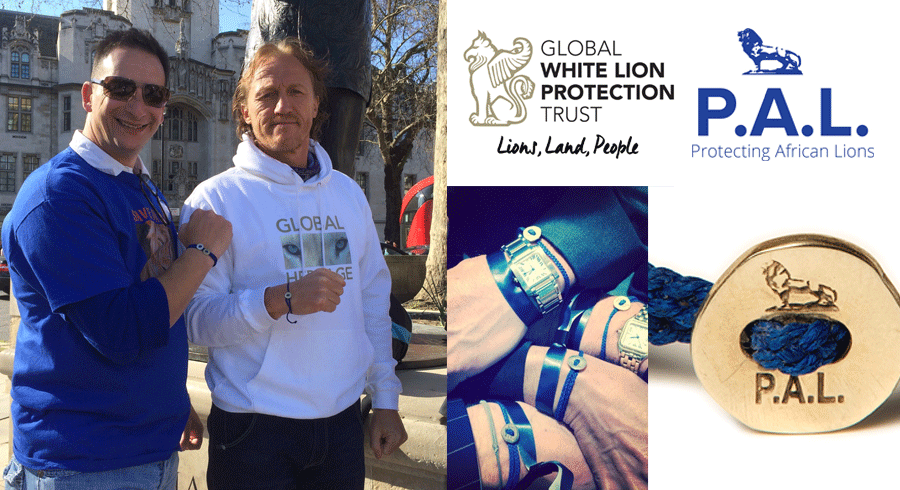 The campaign was launched on World Lion Day with the aim of achieving greater protection for Lions and all endangered species globally.

The O.U.R. campaign is supported by Archbishop Desmond Tutu whose daughter, Rev Canon Mpho Tutu, explained : “ The Desmond and Leah Tutu Legacy Foundation supports One United Roar because part of our mission is to promote flourishing for people and our planet. Lions are the apex animal at the top of the pyramid and if the top of the pyramid is cut off, the whole pyramid crumbles. So we have to care for the Lions.”

PAL aims to raise over $20 million to help protect Africa’s wild lions through the sale of bracelets which are fast becoming a conscious fashion statement. The endorsements of their many celebrity customers are helping them achieve that target.