We’ve seen some exciting developments on all fronts here over the past month or so.  Here are a few of the highlights:  The “Formidable Foursome” as the Tsau Pride is known, continue to integrate well as a group. Life with The Royal Trinity, Queen Zihra, Nebu and Assagaia, is intense and sometimes heated, but they’re slowly bonding.  Over at the Akeru Pride, Letaba has fully integrated with his son, Ingwavuma II, who grows in confidence daily.

The “Formidable Foursome” has continued to integrate well as a pride, with both lionesses mating with the males at different times, but no cubs as yet. The pride spends much more time together, and are formidable in their hunting. A new herd of wildebeest and zebra was introduced, and the Tsau Pride were brought into the Tsau Boma to allow the new herds to settle in. We took the opportunity to replace the radio tracking collars on Matsieng, Tswalu and Cleopatra – the collars being essential to locate the lions more effectively for their protection and to study their behaviour.

Queen Zihra, her beautiful daughter Nebu, and the handsome new arrival, Assagaia, have continued to have intense interactions and several heated encounters. The friction – and attraction – occurred mainly between Nebu and Assagaia, with Zihra defending her daughter. Assagaia is now a huge and powerful male (6 years old), and in defending himself with tooth and claw, inflicted a few wounds on the back and flank of Zihra and Nebu that had to be treated by Dr Rogers to avoid infection. 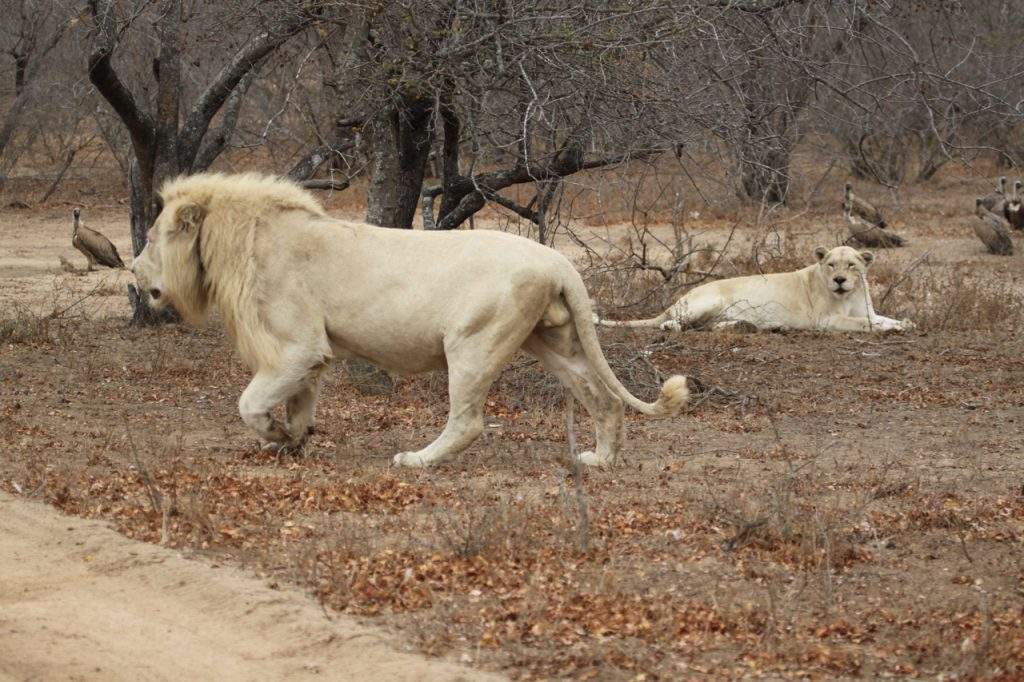 The veterinary treatment required immobilization and recovery in the boma – thank you to our donors for their assistance with this expense. We took the opportunity to strengthen the bonds between the Trinity, with them bonding across the boma fence. After more than a 6-week recovery period, during which time there were no signs of aggression we decided to release all three together. 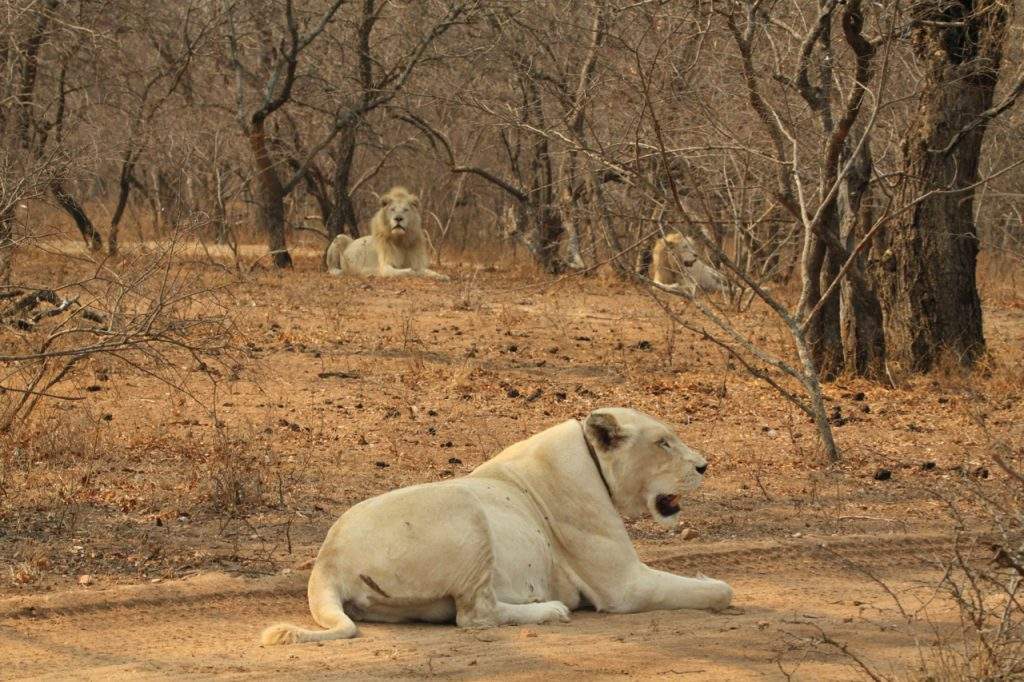 Trinity starting to integrate after release

After feeding together on a carcass we left for them at sunset, The Royal Trinity were located the next morning all cuddled up together under a Schocia tree. Nebu was even making friendly overtures, and the first signs of courtship behaviour from Assagaia who was showing “Fhlemin” – appreciative sniffing of the female’s scent on the ground. They are inseparable for now. 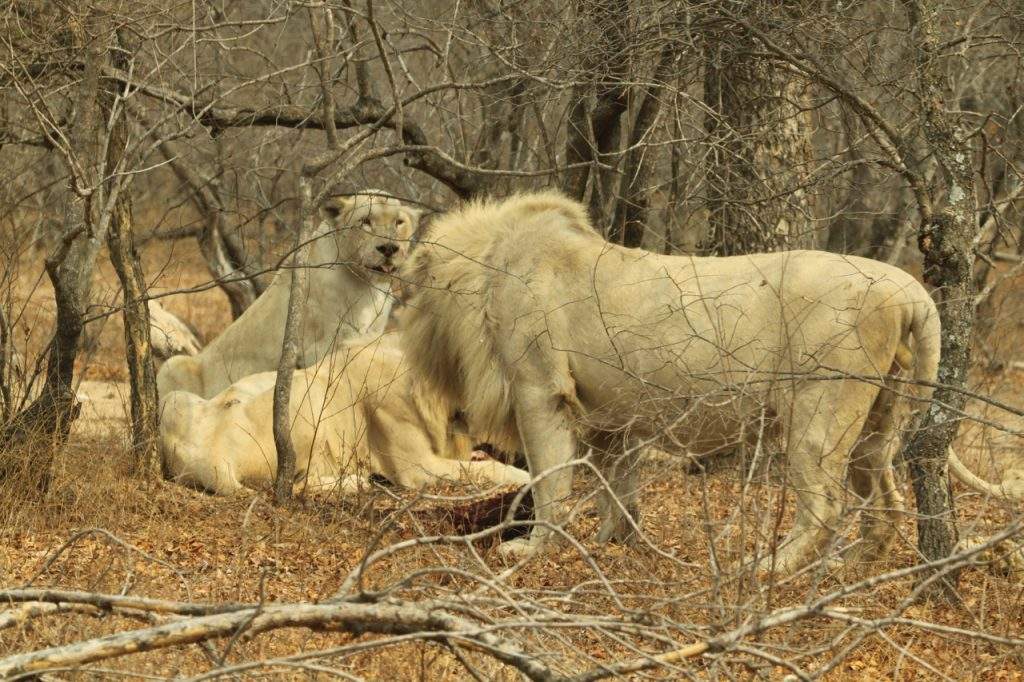 Royal Trinity starting to integrate as a pride

Letaba is fully integrated with his son (Ingwavuma II), whose mother, Khanyesi and auntie, Khanyisa roam the protected territory. Our future king, Ingwavuma, grows in confidence daily, and has started to go on short adventures on his own, under the close watchful eye of his protective mother and auntie!

In the meantime, Regeus and Gaia have forged a close bond including courtship behaviour. Khanyesi and Khanyisa still visit Gaia regularly in her protected territory, to remind her that they are the dominant lionesses at Mbube (Khanyesi in particular) mock-charging and scraping the ground with their paws. Gaia is undaunted and either ignores the challenge or sometimes even mock-charges back at them. A reminder of just how complex the social dynamics are in lion society, and not that different to human dynamics!