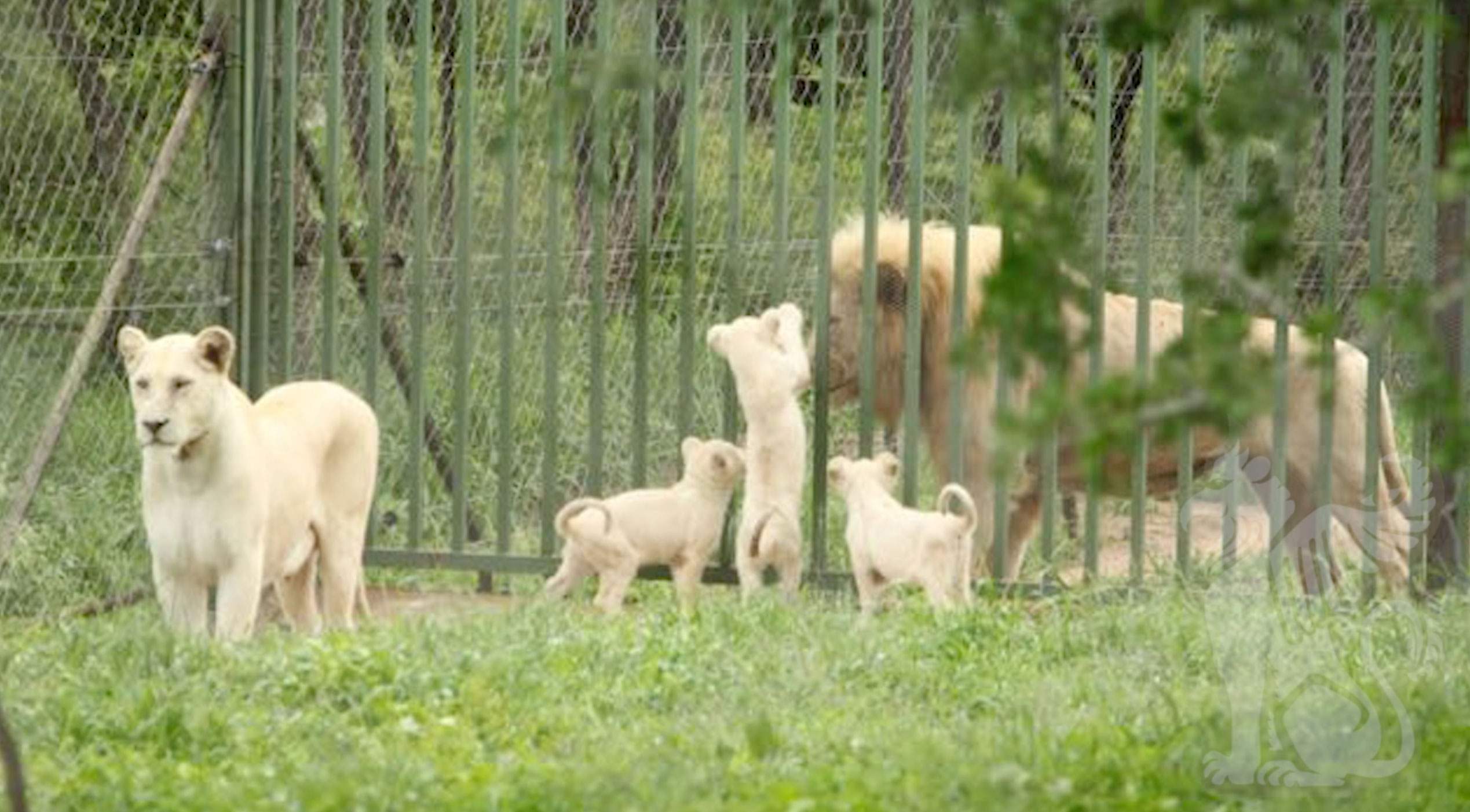 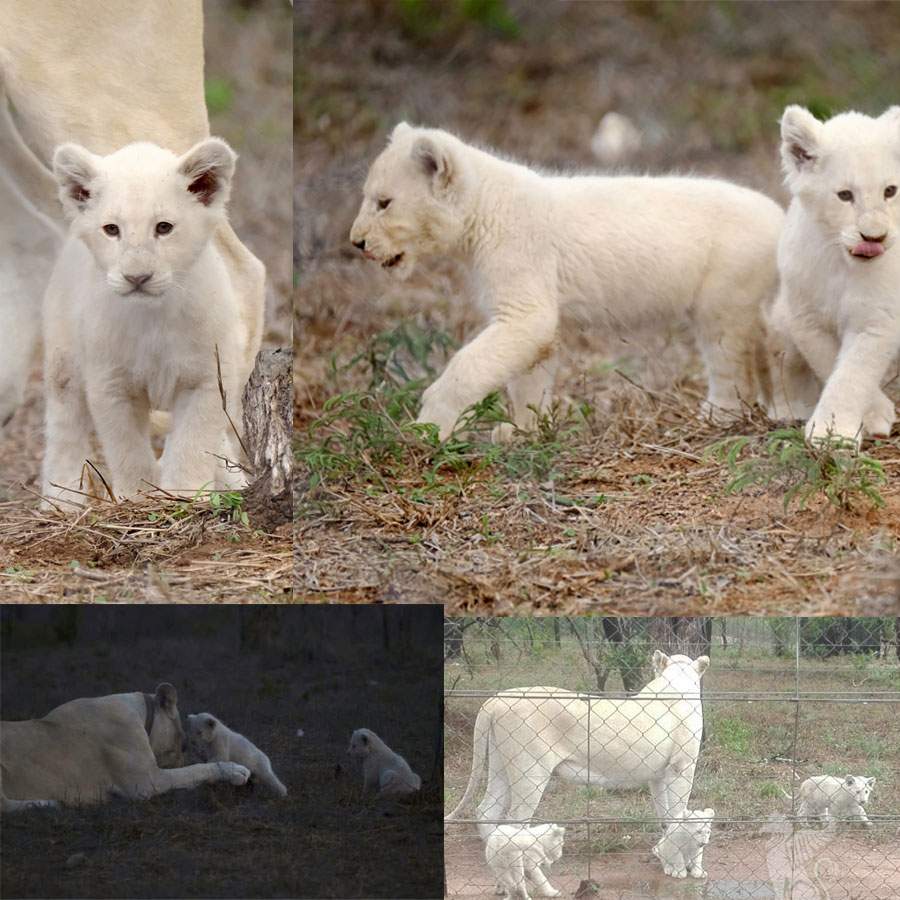 In the wild, introductions to fathers only take place at around 6-8 weeks, so we held back on opening the gates between Regeus and Gaia’s bomas until Gaia was ready to introduce the cubs to their father… … although that’s clearly not a popular decision! ? 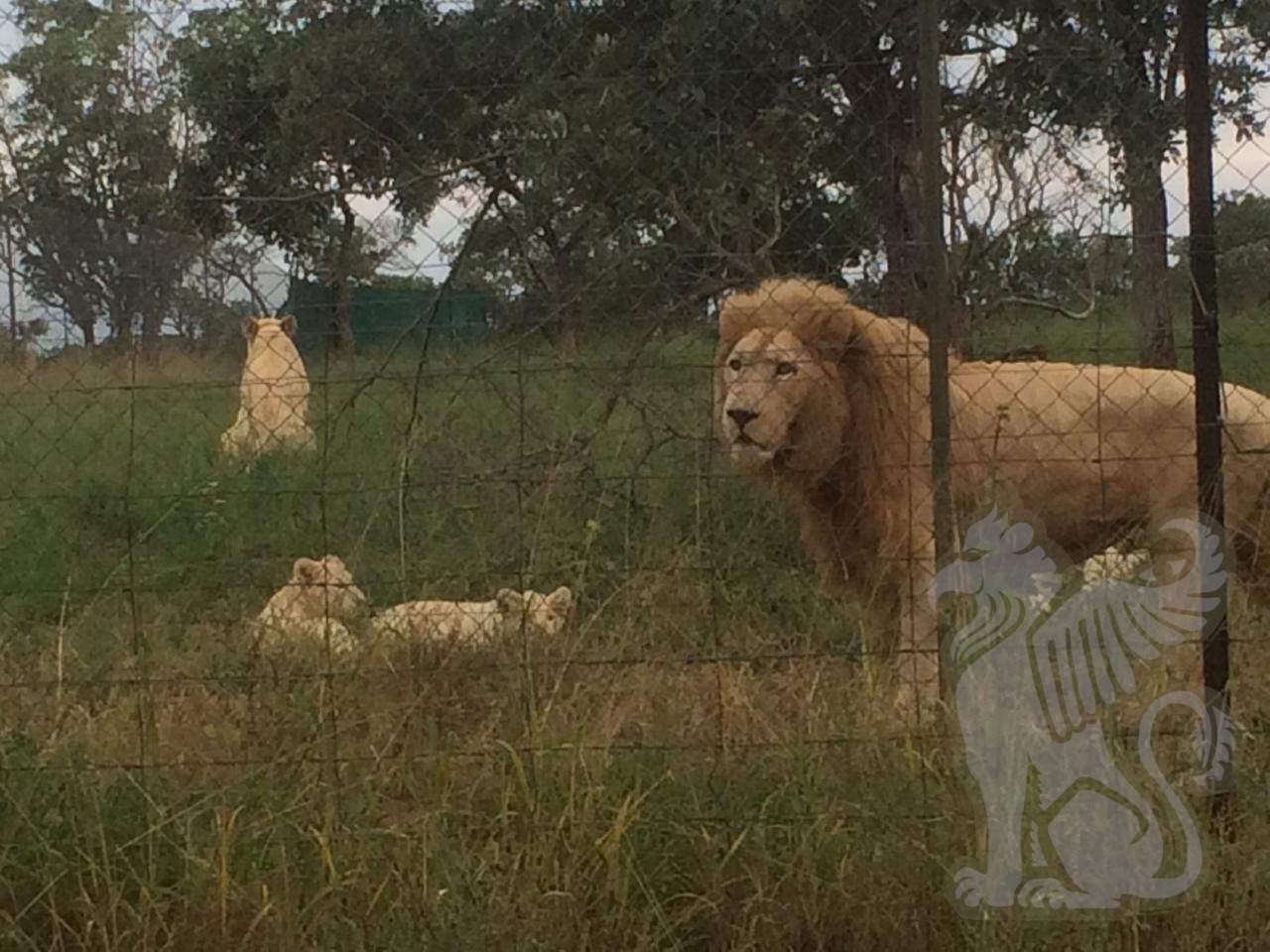 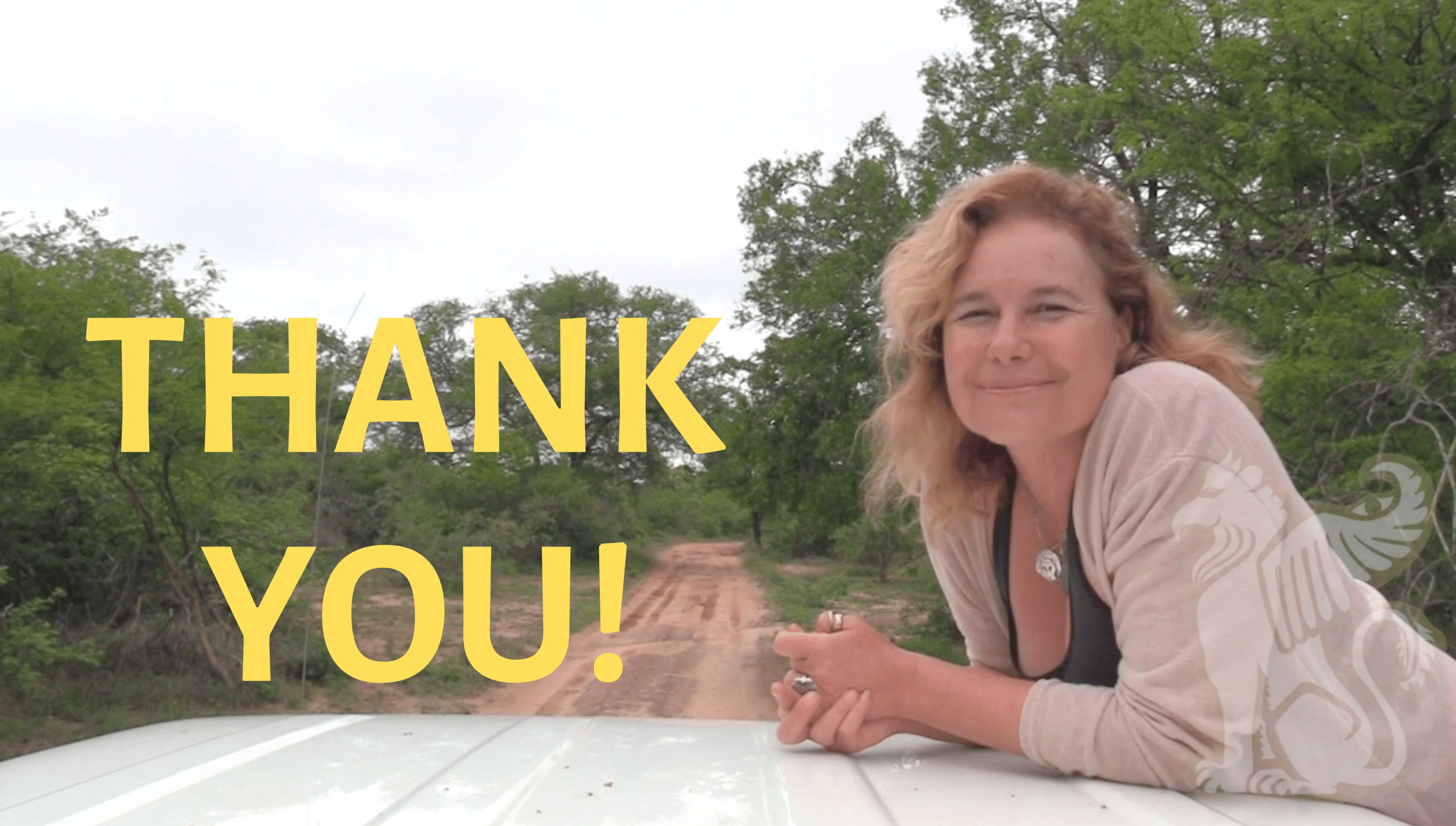