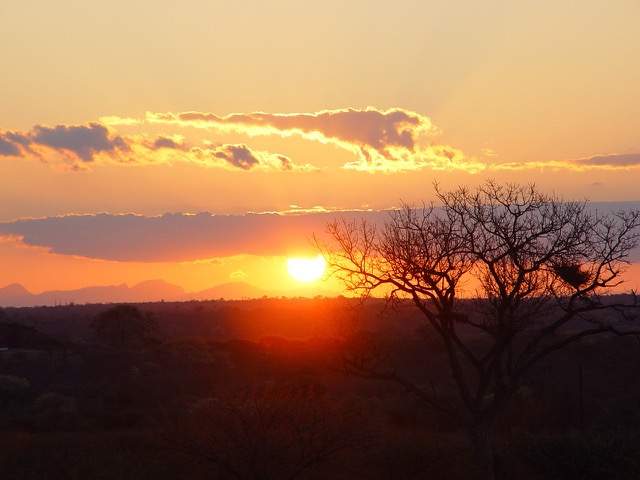 Land itself should be considered the Primary Stakeholder in Land Restitution

In the historical Land Restitution process, we recognize that Expropriation is a targeted act, where an identified piece of land is required for a public purpose or a purpose in the public interest. It is not, at least as we understand the ANC objectives, intended to nationalize land.

Nevertheless, we feel this is an opportunity to invite an understanding of ancestral and current trends in international enviro-law, which insist that we recognize the Land itself as the primary stakeholder with regard to Land designation, and Land restitution.

In our submission below, we hereby propose why the Land itself, in particular, Sacred Natural Sites should be:

(a) incorporated into our Constitution

(b) respected and retained, if such a site is expropriated

Since the “Sacred” value in the case of a Sacred Natural Site is independent of current commercial land values, Expropriation without Compensation may be a legitimate solution where such a site is at risk of desecration.

Land as the Primary Stakeholder

In the current debate around land expropriation without compensation it is essential that the voices of all stakeholders be represented and heard. The main purpose of expropriations would be to redress past injustices and ensure a future in which all stakeholders can prosper. However, in the land expropriation debate, the primary stakeholder, the Land itself, is not being represented. Not only is the Land the primary stakeholder, but it is also the stakeholder who has suffered the greatest violations and injustices in recent human history. As such, the voice of the Land itself (the Land’s “Authority”) should be represented and heard at all levels of the discussion. Decisions around which land should be expropriated, who should benefit from such expropriation and what rights should be impacted, must take appropriate land stewardship and the rights of the Land and nature into account. If this is not done, the primary stakeholder will continue to be exploited and desecrated, and the rights of all who cohabit on earth will be threatened. It is well recognized that indigenous communities respected their land and its use so as to preserve it as life giving for current and future generations.

The manner in which Land has been owned, controlled and exploited has played a central role in creating and maintaining inequalities and injustices within our current socioeconomic and ecological systems. The fragile balance between human systems and ecosystems has been highlighted by both scientific and experiential evidence of climate change and environmental degradation. Our government ignores the rights of the Land at its peril, because the people’s well-being is directly dependent on the well-being of our country’s ecosystems. Ongoing exploitative damage to Land and the ecosystem will result in the ecosystem’s inability to support the diverse life systems, including the human system.

The best way to hear the voice (the “Authority”) of the Land is through Sacred Natural Sites. By definition, ‘sacredness’ is associated with protection of the highest order: something to be set aside to be consecrated and venerated in its pristine state. The sacredness of these sites was defined by their inherent natural significance, which was honoured and recognised as sovereign and sentient by ancestral precedent, which spoke for them and their consecration.

Many such sites were recognised by the indigenous communities who, as a result, acted as the sites’ custodians. While the custodians linked the wellbeing of the human communities to these natural sites, thus inherently dependent on the pristine nature and physical health of the site, the site itself had intrinsic value over and above the cultural importance placed on them by those human communities.

In protecting the inherent sanctity of sacred natural sites, the legislation afforded by National Heritage Site status and Protected Area Act are both inadequate.

Historically, the government-sanctioned public access and exploitation of these sacred natural sites in many cases resulted in not only the destruction of the natural heritage but also the associated cultural and spiritual heritage.

In the considerations around land expropriation without compensation, the Constitution must make provision for suitable and appropriate stewardship of these sacred natural sites to ensure the ongoing protection of their inherent natural heritage and, consequently, their associated cultural and spiritual heritage. This will require the introduction of a Sacred Natural Site status.

There is substantial precedence for this approach within the African context. For example, in Resolution 372, The African Commission on Human and Peoples’ Rights;

1.     Calls on States Parties to recognise sacred natural sites and territories, and their customary governance systems, as contributing to the protection of human and peoples’ rights.

2.     Calls on States Parties to uphold their obligations and commitments under regional and international law on sacred natural sites and territories and their customary governance systems, and the rights of custodian communities.

The concept of Earth Jurisprudence is recognised and is being incorporated into legal practice and constitutional legislation throughout the world. For example, Ecuador’s constitution recognises nature’s “right to integral respect”, New Zealand’s Whanganui River was recently recognised as a ‘person’ under domestic law, and the Ganges River in India was recently granted human rights.

‘Sacred Natural Site’ status should be recognised by the Constitution and afforded special protected status separate from National Heritage Site and Protected Area status. While National Heritage Site status often provides public access and results in the commercialisation and exploitation of the site in question, which ultimately leads to desecration of the site, Sacred Natural Site status should rather limit public access in order to preserve the site’s inherent sanctity. Protected Area status is also inadequate as it fails to recognise and revere the inherent sanctity of these sacred natural sites. Both of these classifications are homo-centric and fail to recognise the voice of the Land itself.

The Global White Lion Protection Trust is a community-based conservation organisation, which has purchased extensive wilderness lands in the UNESCO-Declared Kruger to Canyon Biosphere in order to create a protected area for South Africa’s rare White Lions as a regional, national and international living heritage. The NGO has worked in partnership, association and collaboration around this issue of Land and heritage restitution locally, nationally and internationally for over two decades. Founded in 2002, after 10 years of primary research with indigenous stakeholders, it has a track record of engagement with government from local to Parliamentary level, and as such is a confident and well-equipped vehicle for driving this issue.

Please note that we would like the opportunity to address the committee in person.

* Mutual benefits for Lions, Land and People in the greater Kruger area.
* Restoration of ecosystems and human value systems.
* Cutting-edge science and ancient indigenous knowledge unite to save the species.

A leadership model for sustainable living.