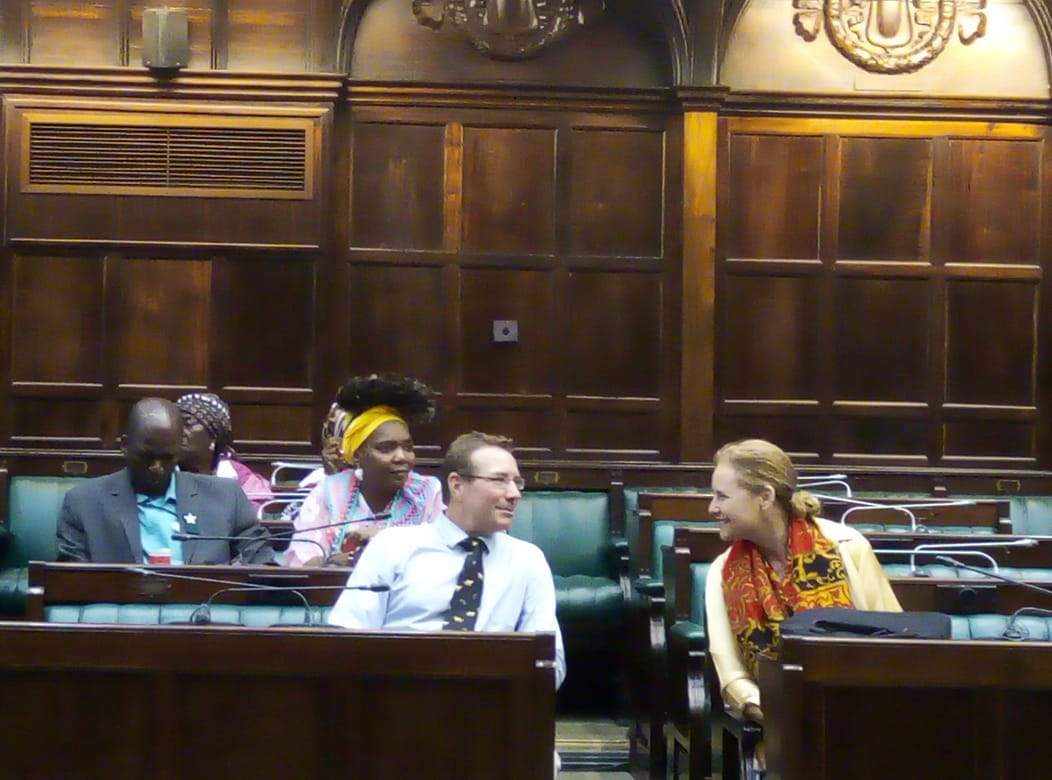 The APNR and SANParks Agreement needs to shift in line with international precedents so as to:

1.Respect rather than dismiss Indigenous Knowledge Systems (IKS), with specific reference to the rare occurrence of the rare White Lion gene in this region.

3.Redefine beneficiation to acknowledge Indigenous knowledge and cultural beliefs, that do not only place an ecologically sustainable utilisation value but also a cultural and intrinsic value on lions and other wildlife. The international precedent of the Spirit Bear in British Columbia needs to be followed, by which the beneficiation of indigenous communities is not received through trophy hunting but by being true stakeholders in the benefits of land custodianship, access to renewable resources, and ecotourism within the greater conservation area.

4.Restore the natural lion population dynamics by preventing the ongoing forced removals of lions and White Lion genetics from this region, so that the required scientific research can be conducted into the frequency of occurrence of this rare White Lion gene, as well as possible ecological reasons for its reoccurrence in this region.

Following up on the Colloquium (21/22 August 2018), 25 leading conservation organisations urgently called for a Moratorium to be imposed on the trophy hunting of pride male lions in the APNR to prevent further incidents of ethical and ecologically irresponsible commercial trophy hunting practices within the private nature reserves (APNR) directly neighbouring the Kruger National Park. In order to enable appropriate scientific consideration of the White Lion as an ecologically as well as culturally significant heritage, such a moratorium would need to be in effect for a minimum 3 year period.

1.By way of introduction, I have been studying lion ecology in the Greater Kruger Park Region for 20 years, including the 5 years I spent in the APNR from 2000 to 2005, conducting the first study of lion ecology in the APNR since the fences were dropped between the Timbavati, Klaserie and Umbabat Private Nature Reserves around 1993.

2.As you have heard from my colleague, Linda Tucker, and you will hear from the Acornhoek and KhoiSan community members, the lion, and more specifically the white lion is culturally significant to the Tsonga, Sepedi and KhoiSan people, and is therefore a fundamental part of their cultural heritage, and consequently their beneficiation. Beneficiation needs to be redefined to acknowledge Indigenous knowledge and cultural beliefs, that do not only place a sustainable utilization value but also a cultural or intrinsic value on lions and other wildlife. The trophy hunting by the APNR of lions potentially carrying the rare white lion gene, and the forced removals of the white lion from ancestral land to which it naturally belongs, is therefore putting this cultural and global heritage at risk.

3.The study by Lagendijk & Gusset (2008) determined that the lion is culturally significant to the local communities on the western boundary of the Kruger Park near Manyeleti. Moreover, it determined that being an animal of cultural significance, these communities did not advocate the killing of lions despite incidents of human-lion conflict. Other global studies have had similar findings for snow leopard in Nepal and jaguar in South America.

4.The cultural value of an animal or species to Indigenous communities is recognised as an important reason for protecting species and ecosystems, internationally by organisations such as the International Union for Conservation of Nature (IUCN/SSC 2013) and locally by SANParks’ Large Mammal Specialist, Dr Sam Ferreira (as he stated in an interview of the 50/50 Nature Program in 2014).

6.During the time I was based in the APNR, 4 pride male lions were trophy hunted, and there have been several incidents of pride males being hunted subsequently. This is in breach of the APNRs own hunting protocol, and more importantly in contravention of globally recognised ethical and responsible ecological principles, removing the strongest genetics and leading to long-term pride disruption due to the infanticide that follows. There is a high probability that the trophy hunted pride male lions, including the male lion identified as Skye, were carriers of the rare white lion gene, since these males were the dominant males of the prides that gave birth to successive litters of white lion cubs born between 2006 and 2015.

7.What is needed to ensure the protection of the white lion in the region of its origin is a shift in paradigm. Conservation management policies evolve over time as new knowledge is acquired. For example in the 1960s, 70s and 80s it was believed that there was an overpopulation of lions and spotted hyaena in the Kruger Park that were causing the decline in zebra and wildebeest numbers, and therefore significant number of lions and hyaena were culled. It is was then determined that there was not an overpopulation of these predators; rather, the decline in zebra and wildebeest was due to human intervention, too many artificial waterholes which disrupted the natural movement patterns of these plains animals making them more susceptible to predation.

8.The APNR and SANParks Agreement needs to shift in paradigm, such that it respects rather than dismisses Indigenous Knowledge Systems (IKS), and incorporates these important knowledge systems into local policy and national legislation. International precedents such as that of the Spirit Bear in British Columbia (Canada) have helped illustrate how effective such new paradigm thinking is for long-term sustainability of a country’s greatest natural assets. The Spirit Bear is a white colour variant of the Black Bear that is culturally significant to the First Nations Kitasoo People, but is also a flagship animal for protecting the biodiversity of the entire ecosystem, and is therefore protected by law from being hunted. Consequently, it is recognised that the beneficiation of these indigenous communities is not received through trophy hunting but by being true stakeholders in the benefits of land custodianship, access to renewable resources, and ecotourism within the greater conservation area, the 4 000 000ha Great Bear Rainforest.

9.In the same way as the legislative protections for Canada’s Spirit Bear, a moratorium on lion trophy hunting needs to be put in place in the APNR to prevent the trophy hunting of pride male lions and carriers of the white lion gene.

10.To allow the hunting protocols to be adequately reviewed, and the frequency of occurrence study to be conducted in this region, a moratorium would need to be in effect for a minimum 3 year period.

11.Since the genetic marker (DNA code) for the white lion was successfully identified in 2013 (Cho et al. 2013), the frequency of occurrence of the white lion gene in the APNR and Kruger Park can now be determined and gene carriers identified. A moratorium is therefore an essential next step in national policy-making, which will enable the country to protect the gene pool and gene carriers in the region under Inquiry, to ensure that this local and global cultural heritage fundamental to the beneficiation of the communities on the western boundary of the Kruger Park is adequately preserved for future generations.

12.The important role that the Associated Private Nature Reserves have played in extending the borders of the KNP is widely recognised both historically and in the current inquiry. But trophy hunting must be in accordance with ethical, responsible conservation management, and cannot be at the expense of a local and global cultural heritage.