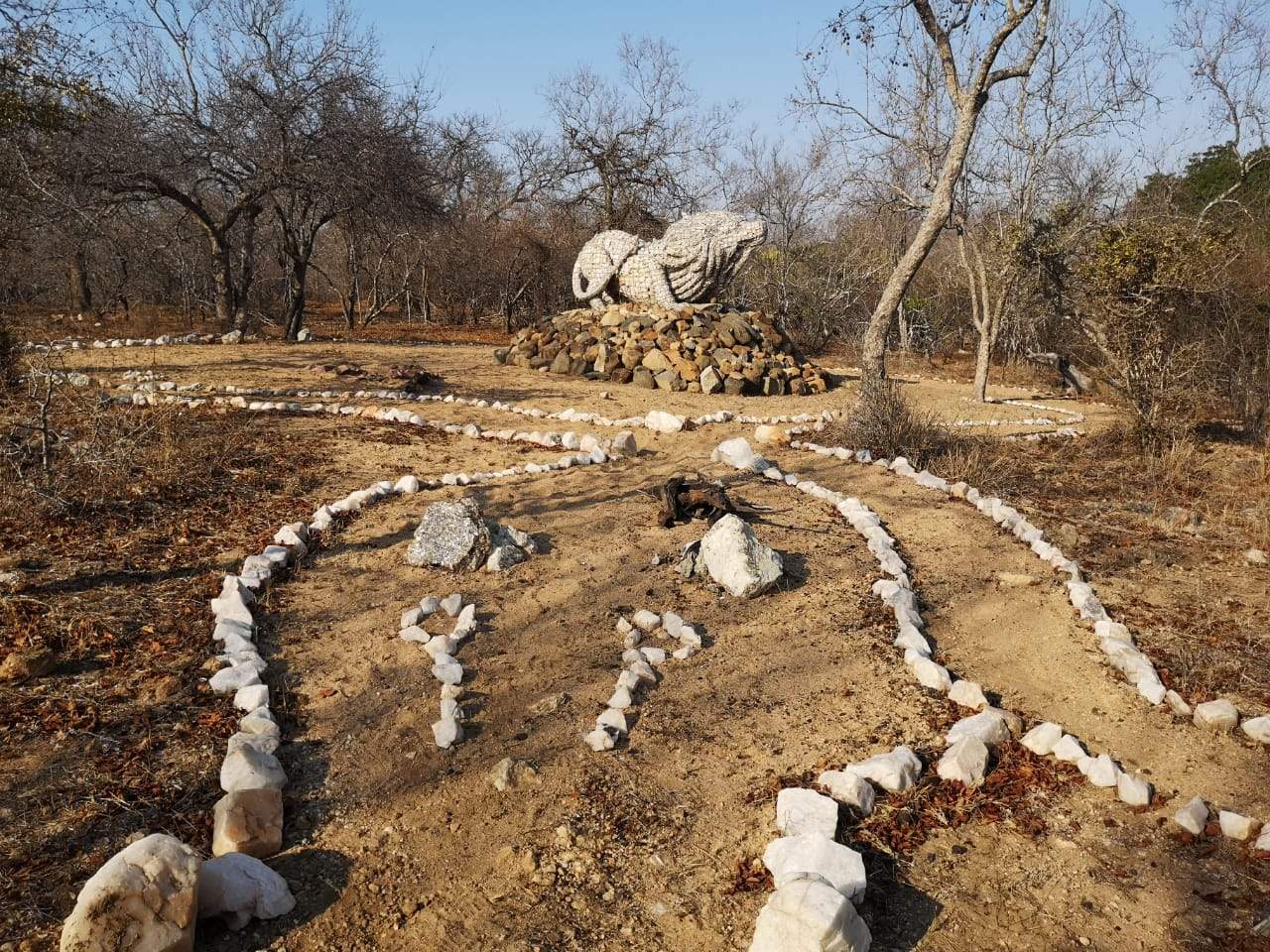 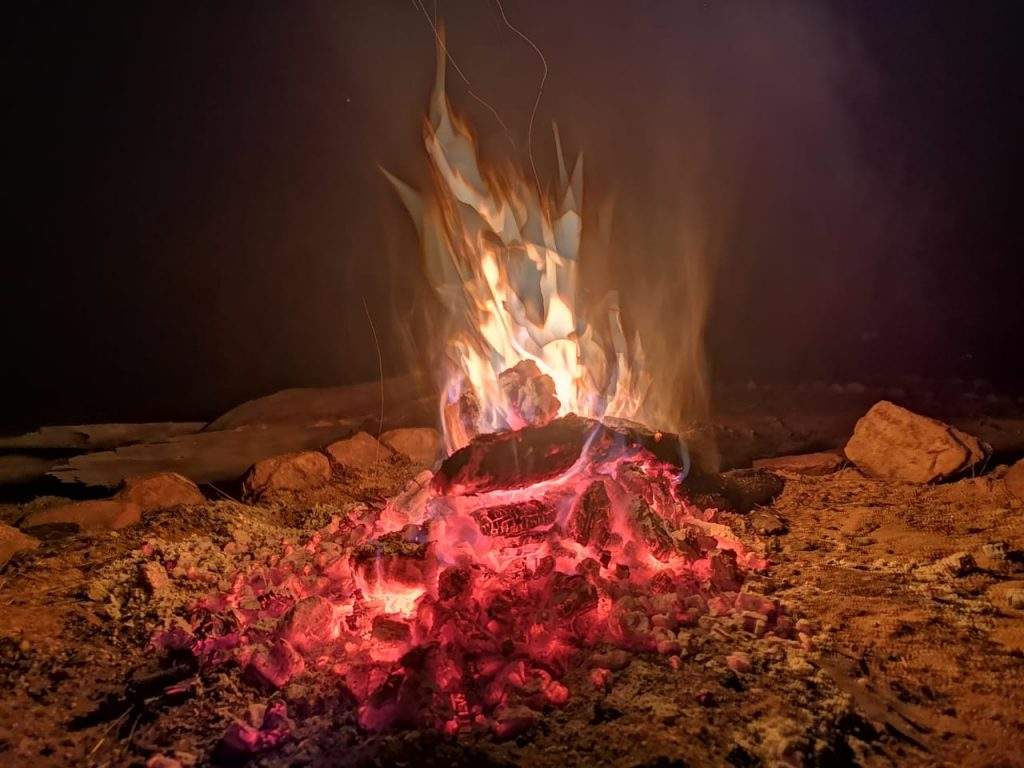 Click here to make a USA tax-deductible donation through our sister organisation, Corelight.

Lightning Strike in the Heartlands

2020 was a challenging year for us all! We would like to share with you the dramatic story that took place in the Heartlands on the brink of the global lock-down, and how these events have been transformed into a positive intention providing jobs and harmonious coexistence for Lions, Land and People.

As you probably know, the White Lion Heartlands on the golden leyline of the Nilotic meridian has been recognised as a Sacred Site for many hundreds of years by African kings, and last year was officially declared a founding Sacred Natural Site by ASSEGAIA: Alliance for Sacred Sites of Earth Gaia. Given this auspicious and prophetic history, it’s no surprise that many incredible, legendary things happen on the lands.

2020 has been an unprecedented year across the globe: a pandemic has brought the world to a standstill; fires raging across Australia and the West Coast of the USA; and political and social unrest erupting in many nations. Whereas some might wonder at the meaning behind these events, our project operating out of the very Heart of the animal kingdom consistently attempts to recognise and honour Nature’s message, however cataclysmic and urgent.

Here in the Heartlands, it has been a particularly challenging and exciting year.

To begin with, 2020 literally started with A BANG!

In the peak of the bushveld summer, after a normal morning in the Heartlands, a typical African afternoon thunderstorm brewed overhead. The thunder and dark clouds rolled over the plains as they often do, and then, without warning, a massive bolt of lightning struck the earth – hitting only one, solitary building in Camp Unicorn: Linda’s small, thatched cottage. This single strike set the cottage alight instantly, and by the time members of the White Lion team on the ground had rushed to extinguish the flames, the entire building and all of its contents were burnt to the ground.

When it was struck, the cottage was completely empty of inhabitants, so no one was injured. Of course, everyone on the team was completely shocked and shaken by this seemingly freak-accident, and Linda and Jason were left with – quite literally – only the clothes on their backs.

The contents of the cottage were made up of not only personal belongings: clothing, hard drives, photographs, original artworks, family heirlooms, a personal library comprising some 2500 books (many signed by the original authors) – all of which were lost to the flames – but there was also a myriad of sacred objects gifted to Linda over the past 30 years in honour of the White Lions from indigenous leaders, spiritual leaders and dear friends from around the globe. Such sacred objects included collector’s items from ancient civilisations; gifts from indigenous shamans of fur, claws and teeth of the sacred white buffalo, spirit bear, snow leopard, white python and other sacred animals; sacred sound instruments; priceless crystals and amulets; hundreds of bottles of Aurasoma floral essences, essential oils and incense; sacred paintings of the White Lions including Credo Mutwa’s artworks, Maria Khosa’s mantel and walking stick and other sacred objects which were all lovingly and intentionally encoded to serve the Lions, Nature, the Sacred Site that is our Earth – all ignited in one fusion.

Many people would be absolutely distraught and grief-stricken at the loss of all of their worldly possessions – and understandably so. But, in line with the mythic dimension of the White Lions, there seems to have been a greater message – a bigger plan – at work in this Earth-Heaven connection. By setting this house and these sacred objects instantly alight, transforming them into ashes on the earth, it seems as if Mother Nature has intentionally created a place where all sacred beliefs are able to converge as one. All the disparate divine aspirations to serve Mother Earth were literally bolted to very spot – making it a highly-energised intentional location on what was already a Sacred Site.

Linda recalls with a wry chuckle: “While I was in a state of shock and grief, I couldn’t help recognise the grace and intentionality behind it. Home is where the heart is. So the Heaven-Earth connection struck to the heart of the Heart of the Heartlands, and turned our little cottage into a holy pyre! It seems to me, if I had spent the last 3 decades planning and preparing for a Sacred Fire for Peace on Earth, I could not have done better than this! My cottage became a living Temple, not because I planned it that way, but because all that was precious to my heart was stored safely there – I’d just never had a chance to actually build the Temple!

This set the scene for a very transformative year!

In the Heartlands, where our entire team spent the lock-down on-site, with all visits to White Lion territories at a standstill for the entire year, our project has focused on building a Sacred Temple on the Sacred Site. Since many of our staff were effectively out of a job, including our beloved chef Enelani and lodge manager Agnes, we set about planning how all skills could be turned to laying the foundations for what will become more than a national monument. Like a phoenix rising from the ashes in the heart of the White Lion Kingdom, the intention for this Template is to honour all living kingdoms, to create a meeting place for all cultures and creeds of humanity who serve Nature in loving reverence.

We have already raised some funds toward this goal, and planning is underway for the building of this Sacred Temple – the architecture for which has been designed by world-renowned South African sculptor, Andries Botha. 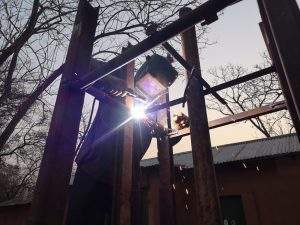 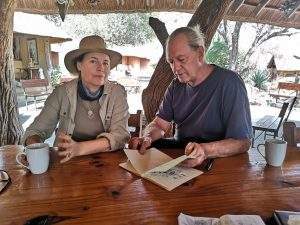 Andries has exhibited in city squares throughout the world. His monolithic work pays homage to animals eradicated from their place. In 2012, in the heart of the Sacred Natural Site, he constructed a monumental White Lion Sphinx built from 5-tons of pure King Crystal, with the intention of restoring pride of place to the White Lions and reawakening LionHearted Leadership™ in humanity.

Now, honouring the sacred geometry within Nature’s template, the architectural visionary artist has responded to Linda’s mission once again by representing all kingdoms in the heart of White Lion territories. In an unprecedented act of inspiration on a monumental scale, he has taken up the challenge of constructing the Temple. Using huge, ancient twisted fallen leadwood from the land as structural pillars, we know that this temple will be a truly magnificent heart to the infrastructure of the Heartlands.

So, dear friends and supporters, we are proud to share the unstoppable spirit of Lionheartedness in the face of adversity, and our vision for the future. With deepest enthusiasm, we invite you to join us in funding the construction of this beautiful bushveld Temple, which is designed to last for 7 generations. Please feel free to donate any amount you feel called to – any donation will be warmly appreciated.

By contributing any amount to this cause, a quartz crystal will be loving laid in your honour on the entrance path leading up to the Temple. When you visit the Heartlands, it will be your own pilgrimage to honour Mother Nature’s Temple that you have generously helped build. 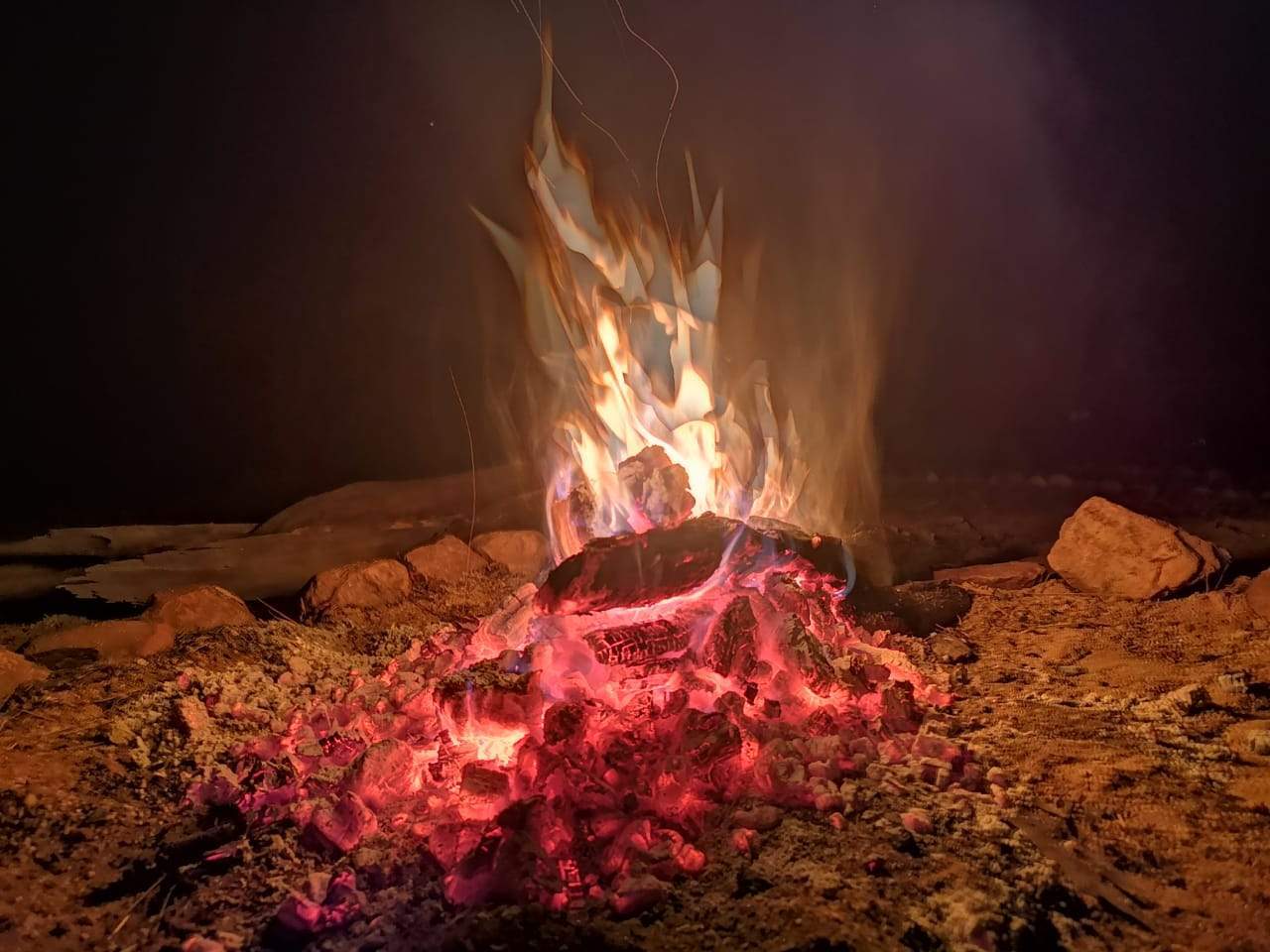