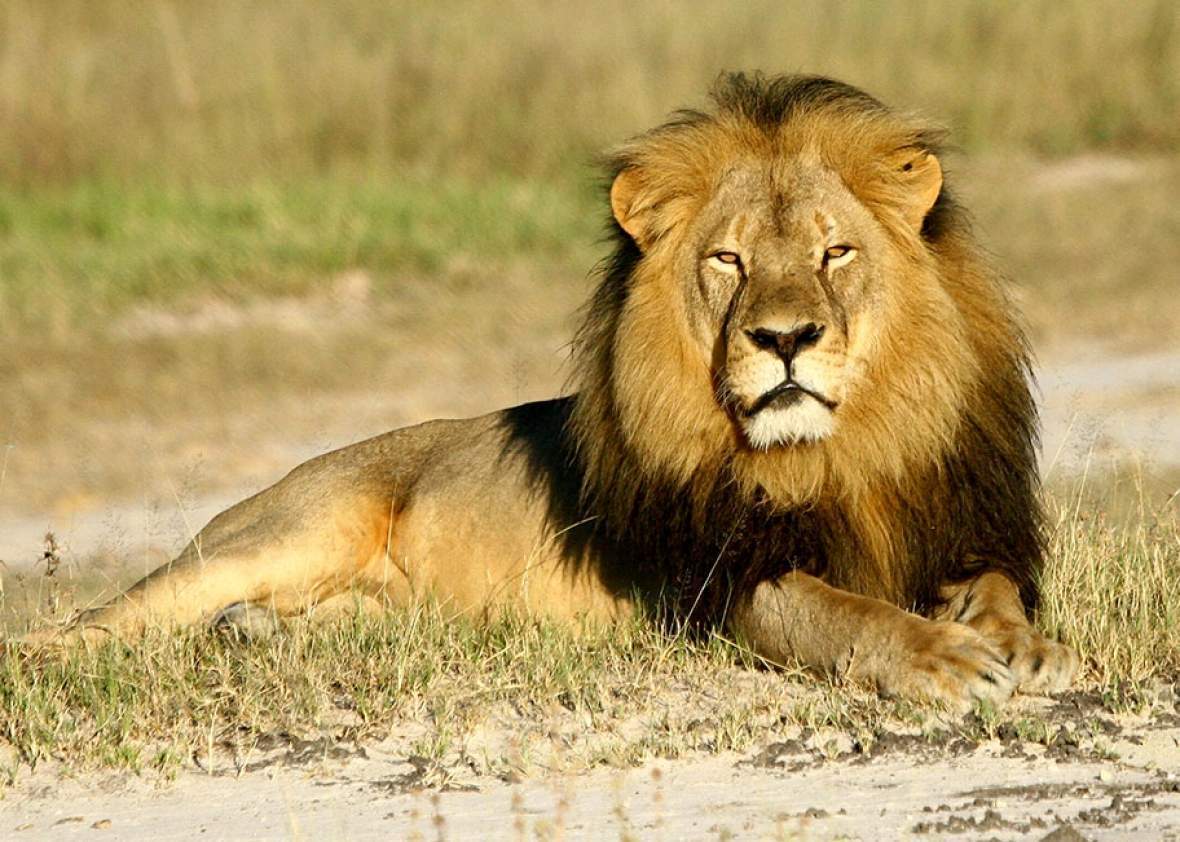 Why should we be outraged by the killing of Cecil the Lion?

After 2 decades of campaigning for lions’ protection, I am deeply encouraged to see that the tragic death of one noble lion, Cecil the Lion, in Zimbabwe is resulting in global unification on an unprecedented scale behind one single united cause.

The brutal slaying of Cecil the Lion, is blowing the lid off a much bigger lion crisis known as “Canned Lion Hunting”- a shadowy sub-industry in which lions are bred in cages to be killed by international trophy hunters.

But why should we be caught up in the hysteria of the CECIL Tsunami, when there are so many other worthy causes?

Because what happens to lions directly affects us all.

That’s why I have dedicated my life to fighting for the King of Animals. Lions speak to our hearts. They inspire us to restore values of courage, love and truth in our lives, and they demand that we restore this kind of leadership in our world.

In Nature, the apex animal of an ecosystem keeps the entire balance all the way down through the prey species, plants, water and soil. It’s called ‘trophic cascading.’  For our own survival, we humans are entirely dependent on ecosystems. If ecosystems collapse, our systems will also collapse.

So, we need to ensure our human systems and legislation support these all-important ecosystems.

The fact is, whatever happens to lions will also impact policies involving all other endangered animals. As the king, lions are the most trophy hunted animal on earth. So, we urgently have to put laws in place to protect them, and set a positive precedent that will protect all endangered species.

As the founder and CEO of the Global White Lion Protection Trust, I am renewing our organisation’s call to all governments to ban the barbaric ‘sport’ of trophy and canned lion hunting.

These are the facts:

Amidst the backlash of commercial interests in the massive trophy industry, which keeps throwing weak money arguments at us at the expense of our earth’s survival, it is critical we stay strong and demand that politicians follow through on their public statements.

It’s encouraging news that four Democratic US senators announced they intend introducing a bill named after the beloved Zimbabwean lion: The Conserving Ecosystems by Ceasing the Importation of Large (CECIL) Animal Trophies Act. Note: The ‘Large’ refers to the notorious ‘Big 5’, the most targeted species on the trophy hunter’s hit-list of which we’ve said Lions, and unfortunately the White Lions, are the most wanted.

To ensure that the plight of endangered species is also high on the UK Government’s agenda, the Global White Lion Protection Trust has helped initiate a new All-Party Parliamentary Group of MPs in Britain, which highlights the need for more to be done to ensure wildlife is protected.

LINDA TUCKER will be awarded the prestigious “Woman of Impact Award” in Maryland, USA in October this year. Focus on Women Magazine invited her to comment on why the public should be outraged at the killing of CECIL the Lion. Instead, she urged us to focus on positive actions:

1) Support organisations that are protecting lions and their ecosystems against incredible odds. See the success of the White Lion Trust’s dedicated efforts over 2 decades. DONATE

4) Support only zoos or captive centres which raise funds for wild animal conservation – we are in the process of compiling a list which we will share with you in due course, in the meanwhile here are our guidelines on the criteria for an ethical operation.

Actively boycott any airlines, zoos or captive centres not listed.